A year ago I wrote an annotated article for Wikipedia on the subject of Meher Baba’s two influential western critics: Paul Brunton and Rom Landau. Despite being a condensed article, what I wrote at the time was deemed to be a ‘personal essay’ by more ‘experienced’ editors and in their view did not fulfil the ‘encyclopaedic’ requirement for Wikipedia. Even the ‘reliability’ (in the very specific and limited Wikipedia sense of that term) of the published sources was questioned. This was ironic given the fact that the annotations for three-quarters of the Wikipedia ‘Meher Baba’ article were based on devotionally published texts from publishers who had produced books solely about or related to Meher Baba, and in a number of instances were linked to charities connected to their personality cult figurehead. I, too, had used a number of those texts as they were relevant to the subject, but I had also included other appropriate texts not linked to Meher Baba, and which included the writings of the independent scholar, Kevin Shepherd, who was the first writer to investigate the subject of Paul Brunton and Meher Baba in detail, and indeed was recognised as such in one of the devotionally published books (Parks, 2009: 223 n. 31): “Though no devotee of Meher Baba and a sharp critic of Meher Baba’s followers, Kevin Shepherd turns a critical eye on Brunton’s account, in Meher Baba, an Iranian Liberal (Cambridge, England: Anthropographia Publications, 1986), pp. 146–76.” Unfortunately narrow-minded editorial interests prevailed and independent scholarship was censored. The story can be found here: (http://www.citizenthought.net/Meher_Baba_and_Paul_Brunton.html). I attempted a revision, but after a while requested that the article be withdrawn as the editorial constraints meant that far too much detail necessary for the understanding of events would have to be left out. I had included over 140 annotations to assist the reader and validate the text. Despite the brevity of the article, and perhaps the inappropriateness of using the medium of a blog rather than a website, I decided to post the article here in its entirety. Recently, however, I felt it could be a useful exercise to expand the blog into something more substantial. So, following on from the brief Introduction below, my intention is to post a revised and expanded version of the original article in instalments. As the title suggests, the blog will principally be concerned with Paul Brunton’s encounter with Meher Baba and the events that Brunton chose not to reveal to his readers in the book A Search in Secret India. I shall include Rom Landau at a later date. This time the annotations will be kept to a minimum as I am now free to include far more information in the text. A Bibliography will be provided once the project is completed. 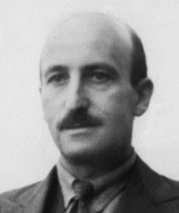 Paul Brunton, born Raphael Hurst, is often described as a writer, traveller, mystic and philosopher, someone who had done much to bridge the philosophical heritage of the East and West. He published eleven books that had varying degrees of commercial success, the last being in 1952. Yet on closer inspection he appears very much a Walter Mitty character. The fictional Mitty is depicted as an ordinary, often ineffectual, meek and mild person with a compensatory vivid phantasy life. Brunton, too, had a phantasy prone personality that became increasingly accentuated throughout his life. He had grown up in East London as a introspective Jewish child, and was so ashamed of being Jewish that in later life he had cosmetic surgery performed on his nose; his speech was marred by a Cockney accent; he lost his mother at an early age; he was self-conscious of being only five foot high; he went bald in his twenties; he became alarmingly thin because of his vegetarianism; and was unsuccessful in his early business ventures. According to the distinguished psychiatrist Anthony Storr, it was “not surprising that such a person should entertain compensatory phantasies of being important.” Certainly, Brunton’s early obsession with occultism and eastern mysticism led to the beliefs that he had: ‘mystical’ experiences; ‘occult and clairvoyant powers’; ‘relived’ previous incarnation experiences; came to earth from another planet; received information from higher powers, Archangels; was involved in the ‘fate of millions’; and studied philosophy at an ‘astral’ university—classic signs of a phantasy prone personality. Following the commercial success of his first book, A Search in Secret India, published in 1934, further books for a general readership that fitted same genre followed, such as A Search in Secret Egypt and A Hermit in the Himalayas. He was now able to live out his phantasy life through his writings, and Raphael Hurst, “an insignificant person with no special gifts” was turned into Paul Brunton, “the teacher of esoteric wisdom whose doctrines are still promulgated …” Storr further observed: the phantasies “were reinforced and validated by the eager responses of his readers” (1996: 162, 163). In later life Brunton was portrayed (Masson, 1993: 89–90) as having “no noticeable gifts; he knew he was less talented as a writer than many; he was unassuming in size and physical appearance; he had little money and no valuable possessions; in the eyes of the world, he had no power, counted for little. His friendships were not, by and large, spontaneous, based on mutual attraction, but came from his supernatural claims. He had students more than friends. Although he maintained that he could teach in any university he wished, there were no offers to teach. Whenever he claimed to influence people in ‘higher’ spheres, either the people were dead or he did not feel free to reveal their identity.… Perhaps it was to compensate for all of this that [Paul Brunton] began methodically to create an alternative reality. In that alternative world he was a man of immense significance.… [He] developed certain physical traits that somehow made up for what he regarded as his physical defects. He began to look the part of the Oriental sage.” 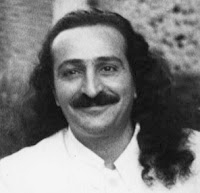 Meher Baba, born Merwan Sheriar Irani, was an Indian mystic and spiritual teacher (of Irani Zoroastrian background) who achieved a notable following in the East and to a lesser extent also in the West. He had controversially declared publicly in 1954 that he was the Avatar of the age. Yet according to Charles Purdom (1964: 399), “He referred to himself by implication as God-Man in America in 1932.” A similar claim had been made to a small band of western devotees during a visit to England in 1931, which in turn led to the sensationalist newspaper headline the ‘Indian Messiah’ during Meher Baba’s second visit to England in 1932. As one scholar noted: “While many of the adherents of the personality cults claim that their founders were, or are, avataras, and the founders themselves apparently accept this designation, Meher Baba explicitly declared himself to be ‘the Avatar for this age’” (Harper, 1972: 54–55). Such a claim was invariably going to attract criticism, yet Meher Baba appears to have been aware of this: “When I say I am the Avatar, there are a few who feel happy, some who feel shocked, and many who take me for a hypocrite, a fraud, a supreme egotist, or just mad.” As a consequence he had a number of detractors, both during his life and since his death in 1969. But it was Paul Brunton who wrote the most influential critique of Meher Baba. At the time Brunton was an insignificant ‘freelance journalist’ with strong personal interests in mysticism and the occult who had travelled to India and stayed at the Meherabad and Nasik ashrams in late 1930 and early 1931 respectively. His account of Meher Baba appeared in the popular spiritual travel book entitled A Search in Secret India, and which “enabled him to jump from the position of an ordinary journalist into a certain amount of fame” (Conybeare, 1961: 70). Secret India has been cited many times over the years, and by diverse parties, as proof of the aberrant nature of Meher Baba’s career. Two chapters in that book describe Brunton’s encounters with, and impressions of, Meher Baba, and it has been duly noted by scholars that he “is the only prominent figure in the book of whom Brunton is really critical” (Rawlinson, 1997: 197, n. 1). According to the layperson diagnosis of Brunton (1934: 259), Meher Baba “shows signs of the mental disease of paranoia. He exaggerates everything which pertains to his own self. This condition is also found among religious enthusiasts who experience sudden but temporary states of ecstasy.” He gave his readers the impression that he was an impartial critic who could not be duped by the sham ‘messiah’. As a result, “Brunton’s attack on Baba had an enduring influence - A Search in Secret India is still in print; it stands at the fountainhead of one of the major streams of adverse commentary during Meher Baba’s lifetime” (Parks. 2009: 223). Yet he only provided a selected version of the facts insofar as Meher Baba was concerned, and as other extant documentation reveals. Brunton’s account of his (brief) visit to India omits various neglected but crucial details which require due attention if an accurate historical record is to be achieved.

Stephen J Castro
I was born in East London in 1954. In 1996, following a period of living in Findhorn and Forres, Morayshire, Scotland, I wrote ‘Hypocrisy and Dissent within the Findhorn Foundation’, in which I documented a number of media reports and disclosures relating to that ‘New Age’ (or if you prefer, ‘Intentional’) Community during the years 1992–1995. This blog is an attempt to set the record straight regarding Paul Brunton and Meher Baba by providing the essential background and context missing from Brunton’s 'A Search in Secret India'.